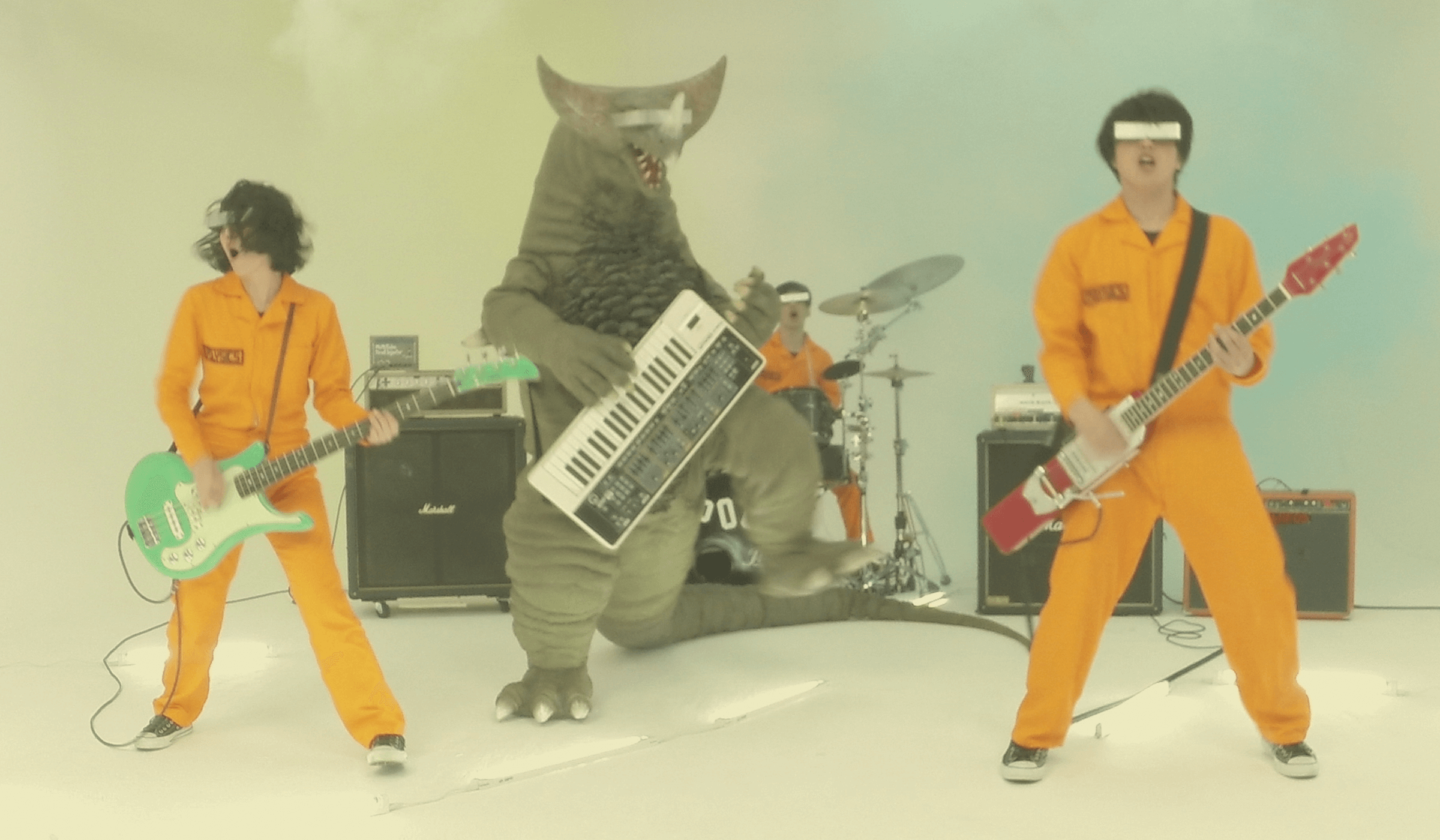 POLYSICS is a newage techno-rock band formed in ‘97.
The song expresses member Mr. Hayashi’s love for Gomora, who makes a magical appearance in the music video.

A story where Hayashi’s overwhelming love for Gomora transforms the other members into the character. Elements of the original film are cut to throughout the video, depicting the inner-monologue feel of total chaos. The aim was to have the song envisage the full concept of the song itself.